Okay, this is kind of long, so if you want the robot text to speech MP3 option click here or the top right menu.

If you need help with Net Yaroze, info or technical help, reach out, and contact me!

I came across an ebay listing from an original Net Yaroze member, the ad reads:

listing-
I bought this in 1997, it is complete with the exception of the access card; there is a game shark included which allows a work around for this.
It is not in pristine condition, it has been used and loved, controllers show signs of wear, the discs are fairly scratched, but the console's in full working order and I've owned it since new!

It was about a youtuber doing a Net Yaroze video, I saw this late of course, but I watched the video and it was good, he actually had a Japanese Net Yaroze and loaded up the demos.

He also credited, http://netyaroze-europe.com which is nice to see, my only really minor criticism would be what I wrote in reply tweet:

Tweet
NY was a 100% hobbyist and educational machine, ie not for business as per the T&S, also "Independent" means you have a business & product & want to publish, two different things. Well I hope that's odd enough XD
Nice video & thanks for the credit :)

I hate the social pressure of twitter and my tweets are anxiety educing, a simple paragraph can be interpreted in many ways, but to remove any ambiguity, I'll go into more detail here.

I don't like how we "project" our current world view onto the past, admittedly I was guilty of this, we get caught up in this world that we don't stop to think about the little things, like the words we use.

But I realized a while ago, that words have huge meaning and they change over time, when the words we use become so generalized that they become so broad and diluted in meaning, it's not good, I've heard this called "concept creep".

I don't claim to be a "gamedev", gamedev is my hobby, it's an interest I've had since 1987, when I got my Commodore 64C at age 10. Today, 'indie' is a false synonym for gamedev, I say false because few can define it and all the definitions vary from person to person.

But back in 1997 independent meant something, and it meant you were a business with a product you wanted to sell, either via a publisher or self publishing via the internet, magazines listing, baggies, shareware, etc, etc. For more information on this, it's kind of mentioned here in , I say kind of because it was so obvious then, that it didn't need to be mentioned explicitly.

Most "indies" today, I would say are really hobbyist and there's no shame in saying so. I would like to see more people (especially young people), identifying openly as hobbyist, someone committed to learning, that they 'crunch' and hack in their spare time, because they enjoy their hobby, great!

But today, old man rant time.... I would guess the loud majority of gamedev's that claim to be "indie", I wouldn't even call hobbyist, instead, from what I've seen, most indies have less then 1 or 2 years doing "gamedev", well in reality, very little gamedev'ing, instead I would say they're succeeding at the "social media feedback loop", the focus has changed from the gamedev as a craft, to self identifying as a generic label while being self important on social media. Well back in my day, generic labels were offensive to truly creative people and your work spoke for itself, sigh, how times have change. 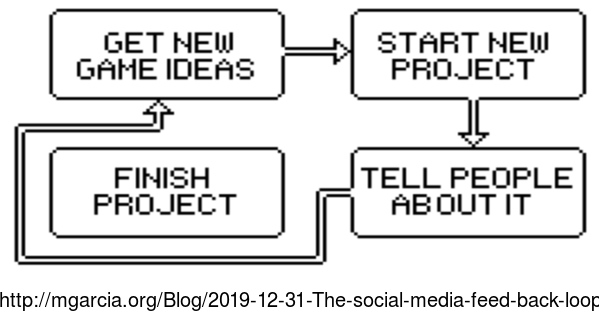 Anyway, Net Yaroze was not targeted at businesses, it was very clear with it's marketing messaging, aimed at hobbyist and bedroom coders. It was often compared to traditional micro computers of the 1980's, giving the user knowledge and access to the hardware and software to allow them the novelty of "Do It Yourself" software. But this didn't mean it was an open and unrestricted platform like most micro computers of the 80's were, which was lightly explained (if at all) in advertisements and articles, but you would fully understand it by reading the contract you had to sign before paying for it and getting it.

Sony specifically didn't want to upset the "Pro developers", with a cheap development kit that cost only $750 USD. In comparison, a single Pro kit cost on average of $20,000 USD, that's 26 Net Yaroze kits with $500 in change! So what do you do? you make Net Yaroze a pure hobbyist development kit, but how?

QUOTE
4. Affirmative Obligation of members. The Net Yaroze program is designed to enable individuals -as opposed to corporations or licensed commercial developers and/or publishers- to create PlayStation Format Software for personal use, to present to SCEA and through the Yaroze Server for the enjoyment of other Net Yaroze Members. Accordingly You promise SCEA that You are an individual and that You are not a corporation, a licensed commercial developer and/or publisher. Additionally, You promise that you shall:

The rest continues with more regulations, it's a Terms of Service, NDA and licensing agreement, an all in one beast!

If you actually care to read it all, you'll quickly see it's not very "indie"! To be clear, there is no guarantee made by Sony to ever publish anything, you legally do not own the binaries nor the code you make and you can't legally distribute them either. I believe this is why very few business minded individuals signed up. The "better" or more polished looking games created with Net Yaroze came from a educational environment which could be easily organized into teams, which replicated the business approach, but with out the business aspect. In comparison, very few solo dev's made "playable" games.

On a side note, the PAL regions, serviced by SCEE were very lucky to have great people at SONY UK that believed in the Net Yaroze project to go above and beyond! They organized competitions resulting in the Net Yaroze games being published on OPSM CDROM's. Everytime I see an article or video on Net Yaroze, there's two kinds of comments, the nostalgic PAL region person, or the "what the hell is this?" person, which I would assume were NTSC region people, for once PAL region citizens can gloat and rightfully so! hahaha :D

For a lot more info on Net Yaroze see: http://mgarcia.org/Blog/NetYaroze and http://netyaroze-europe.com

Anyway, by now you'd see it's about education and the hobby, and whether it led Net Yaroze members into the games industry or not, to me was never the point, just like the micro computers didn't make all the bedroom coders into game developers, but those that actually did do something, were definitely better coders for it!

My point is that you can't really be learning (and or a hobbyist) and be an independent game developer (running a business with a product to sell), they're two very, very, very different things!

Dino Dini, had good advice in this regard. He's was a pioneer in the 1980's, received two golden joysticks for coding his Kick Off games, he went on to developed and design games, then went on to teach video game development at university, he's advice is worth listening to!
In fact he recommends when learning not to develop complete games, but focusing on understanding the technology and architecture, the "pillars of understanding" he goes on to say "it's a good idea to separate the making of games from the practice of the principles because if you try and do both at the same time it's horrible".
I 100% agree, even the pro's start with a tech or concept demo first, then work on finishing a game, trying to do both concurrently would create a bit of a mess, adding "indie" business on top and you have a recipe for disaster, but don't take my (or Dino Dini's) word for it, Do Your Own Research!

Net Yaroze, for me was about the doing, the craft of gamedev, the challenge and the experiences, the contact with others with the same purpose and goals. Net Yaroze was (and still is) a Computer Science, Math and digital arts power house of learning potential, although some things haven't aged well (ie the fixed point maths and the clunky 3D formats), the (GNU) toolchain and core game loop are very much still the same and valid today, it's a real shame Sony hasn't open sourced it, 23 years later!

To be honest, there's new and better hardware and communities to learn with and experience, check out 32Blit (and say hi on discord), it has the same Net Yaroze, quirky and geeky vibe! It's focused on the gamedev craft, community and learning, completely removed from being "indie"! It's also targets hardware and not a propriety a software stack!
Full disclosure, I'm a beta backer... but I haven't had time to open the box yet unfortunately.

Thanks for reading. Mike.