Note: These are my thoughts and opinions on VR. When I say VR, I mean "VR Gaming" specifically and I just use VR for short.

The start of the VR buzz for me was hearing about John Carmack talking about VR.
Then on the 1st of August of 2012, the Oculus Rift was kickstarted and raised $2 million dollars. 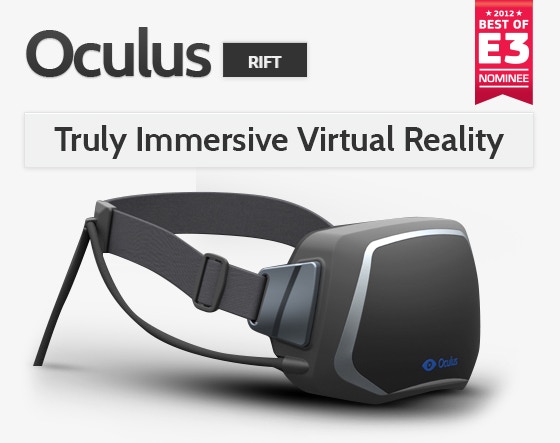 From 2013 to 2016 the "coolest" dev's where all hot about VR. New hardware was being launched and developed, ranging from google cardboard to Playstation VR to Virtuix Omni. For developers, the money was flowing from VC's, platforms and early adopter customers.
So, what's happened since then? Well, first a history lesson.

VR to me reminds me of the period of change from 2D to 3D (mid to late 90's). There was a buzz, a huge buzz! It was a 3D wave! And it put most new 2D games straight into the budget bin, except for arcade ports, like Street Fighter , Mortal Kombat, Metal Slug, etc, but even they got the 3D treatment!
This sounds pretty weird to explain in 2018, in the height of a huge retro explosion. But yes, after 3D hits like DOOM and QUAKE, 2D games were considered retro in the 90's. And Retro in the 90's wasn't a good thing, at least to me, retro implied cheap, budget, uncool, funny or a joke, old and yes even boring!
The music analogy also holds true, in an era where grunge, house and electronic dance music were fresh and cool. Retro was disco and hippies, a huge generation disconnect and it wasn't at all attractive!
To explain it further, I remember playing the Commodore 64 in the mid 1980's and it was awesome for the time, the Sega Master System and Nintendo Entertainment System (NES) to me, wasn't much better then my C64. The Sega Mega Drive and Super Nintendo however was a huge leap, they literally brought the arcades home! And the Playstation, was the next evolution, the technology and software were so awesome and revolutionary, it made everything before it look obsolete and outdated! So, just the thought of going back to playing anything on a C64, to me was laughable! 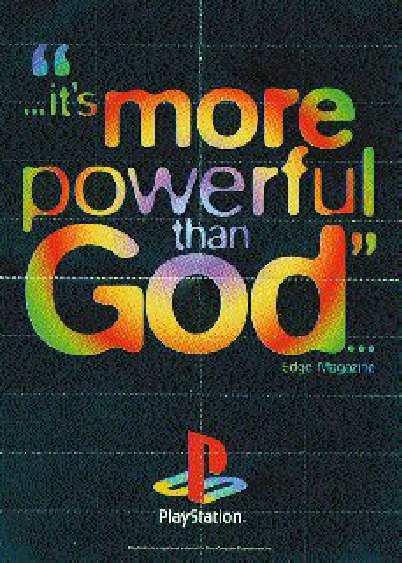 But it wasn't just a simple transition from 2D to 3D, there was another contender. This technology had a lot of hype, unfortunately however most games didn't play well with very limited gameplay. Does that sound familiar? Can you guess what it was?
30 years ago, in the late 80's, most developers were making 2D sprite based games. The latest technology at the time was the CD ROM and drives were being introduced into domestic appliances like game consoles, PC's and audio CD players. Full Motion Video (FMV) seemed the perfect game format (interactive video) for the 600Mb+ format, which compared to the usual ROM chips was a huge advancement in storage. It was a technical push, with platform manufacturers funding content, similar to what happened with VR from 2013 to 2016.
3D on the other hand grew organically over the years through software rendering. I'm not directly comparing FMV to VR, just that the buzz seems to be coming from the same places, manufacturers and developers with the same mixed reviews from early adopters.

I actually get next to nothing about VR on my social media feeds!
So where has all the VR hype gone? what are the gamers talking about?

Where is the gaming buzz today?

Coincidentally, around the same time the Oculus Rift launched their kickstarter, another little unknown hardware project was also listed on kickstarter, can you guess what it was? This project actually made 4 times more money ($8.5 million) and delivered hardware and software that was magnitudes simpler then the Rift!
It was a very cheap and open console based on Android called Ouya !
Unfortunately, Ouya's success didn't come from it's store front so they went out of business. Instead most Ouya owners installed emulators to play retro games! 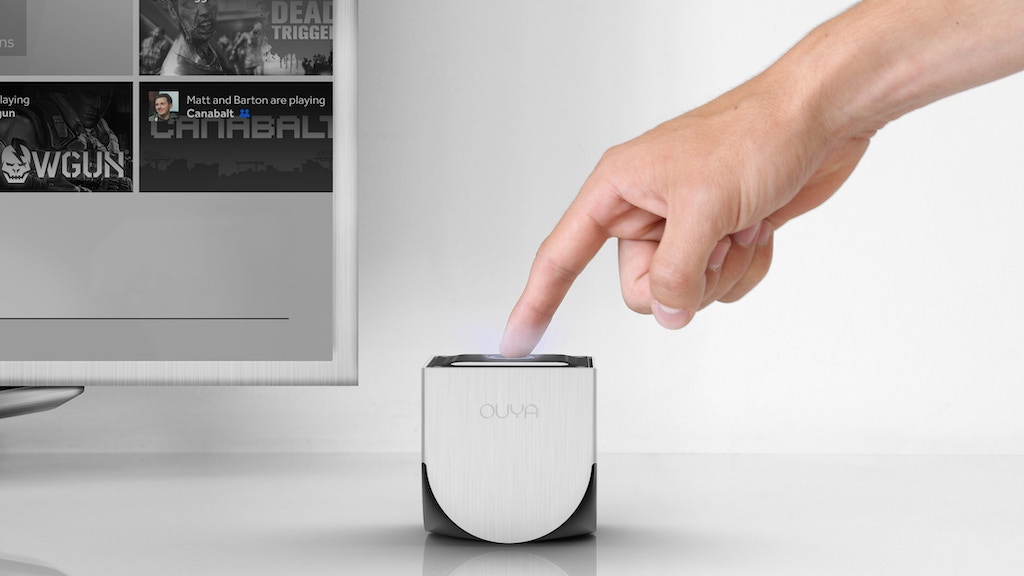 We'll ever since then, retro hasn't slowed down! The gamedev tools became easier (with scripting engines), the pixel art pipeline is so much easier then 3D, and so developers embraced it, feeding the retro gaming fire. Also at the same time, consoles and Steam became more "indie" friendly, providing them access to stores.
And then in March 2017, Nintendo launched the Switch, which became a fertile and profitable place for developers, due to Nintendo's early content curation. Further taking attention and developers away from VR!

So old became new and we still call it retro?

At what age does something become retro?
A common question in the retro gaming community and one that most can't agree on.
But a better question you don't hear at all, is when does retro stop being retro?
To me, something that's available in stores everywhere isn't retro.
Retro has to be out of production and can only be obtained via a secondary market (second hand).

Nintendo wasn't the first to invent TV plug and play consoles.
Atari, Sega, Commodore and many others had ones on the market with varying success. 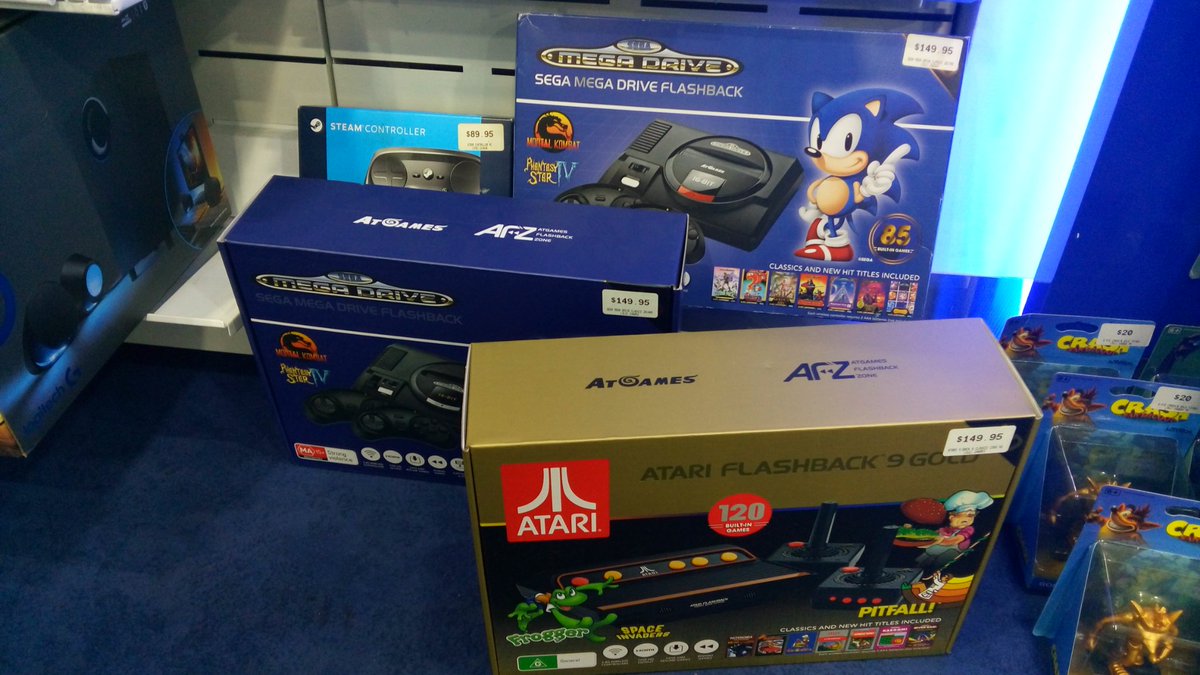 But Nintendo did make them cool and popular, delivering a quality product.
So much so, when the NES classic was made in such small amounts that it quickly sold out, it created a vacuum for scalpers.
Nintendo later released the NES and SNES classic in larger volumes which after a year still hasn't been discontinued. 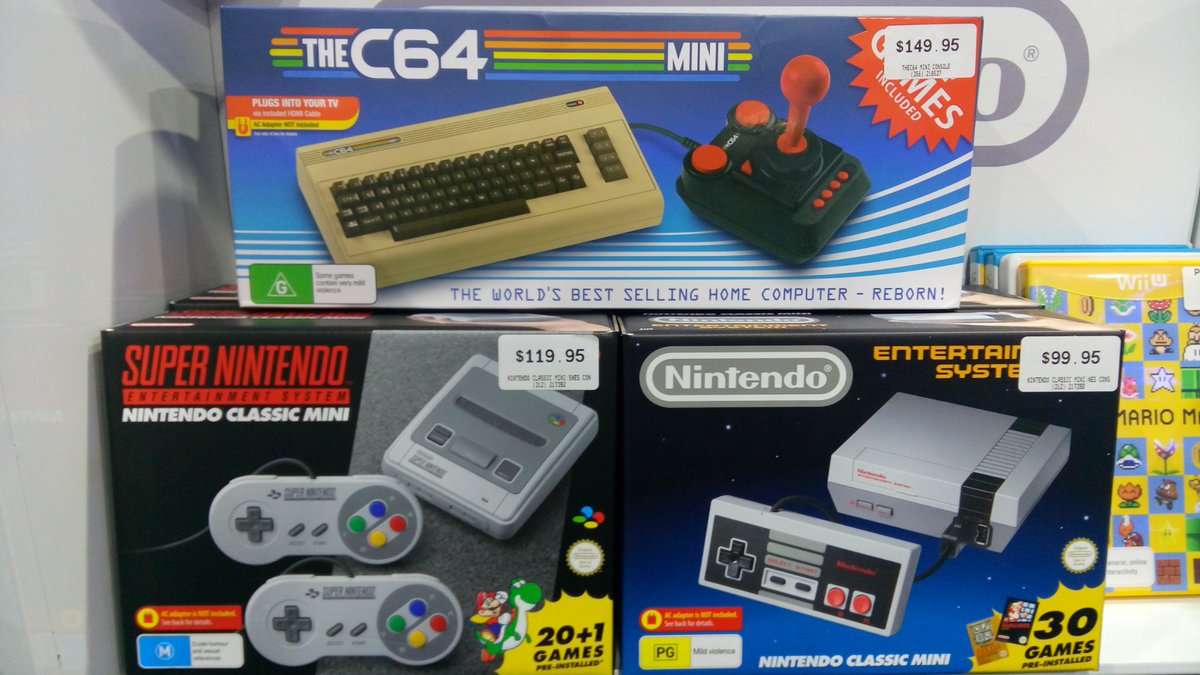 Sega had their 16Bit Megadrive/Genesis clone console made by AT-Games, which is very poor quality. Recently, Sega decided to come out with their own version, and it would be amazing if they developed their own digital store front with it, as a new console!

Sure, you can't buy games for the classic consoles, but they can be "hacked" to install whatever games you like!
The controllers are legitimate and the emulation, while not 100% perfect are still very good. So, to me, having a quality, official product in stores is not retro anymore, it's current gen. Sounds funny to call 20 to 40 year old technology repackaged as current gen, but I truly believe it is. I can have a conversation with any gamer or non gamer and talk about these products today, it's not exactly obscure history if it's in the stores. And besides, some if not most of these games on classic systems were already available via collections packs or individually ie virtual console.
But this all brings us to Sony announcing the Playstation classic , and we're not in Kansas anymore!

Sony having made huge investments in Playstation VR (PS VR), which is among the best selling VR platforms, is a bit strange to me that it's getting in on the retro business. And lets face it, there's little to no VR anything in the shops and if there is, it's not very well placed. But retro gaming on the other hand, it's literally everywhere and in your face!! 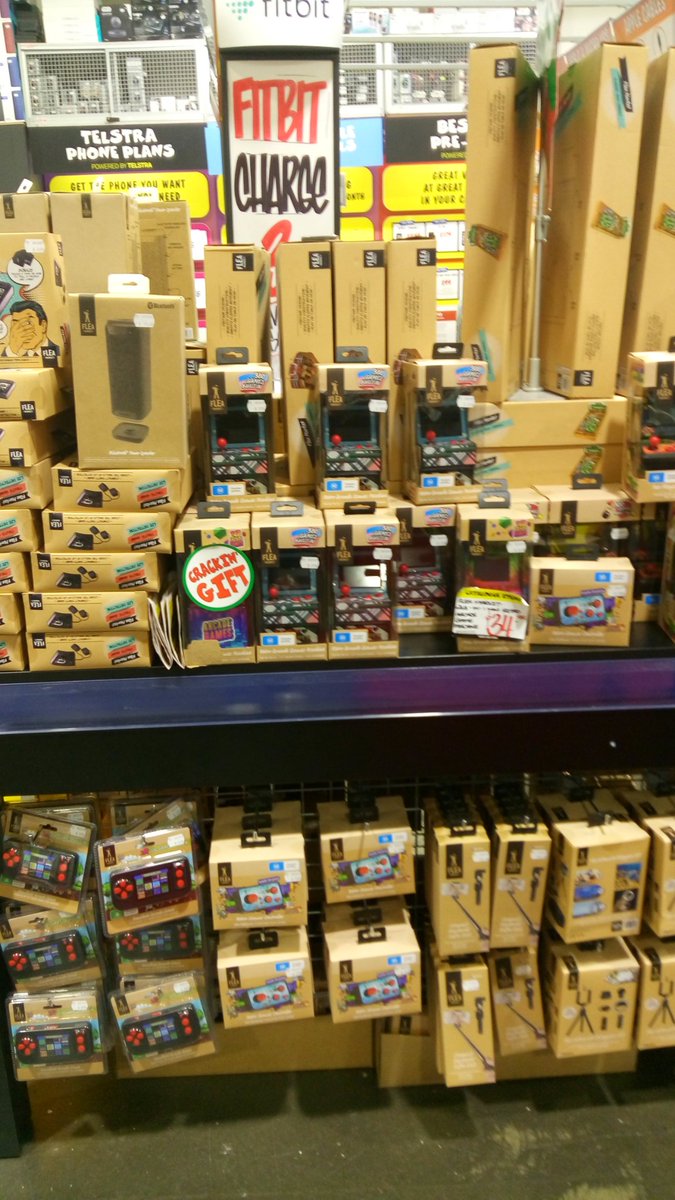 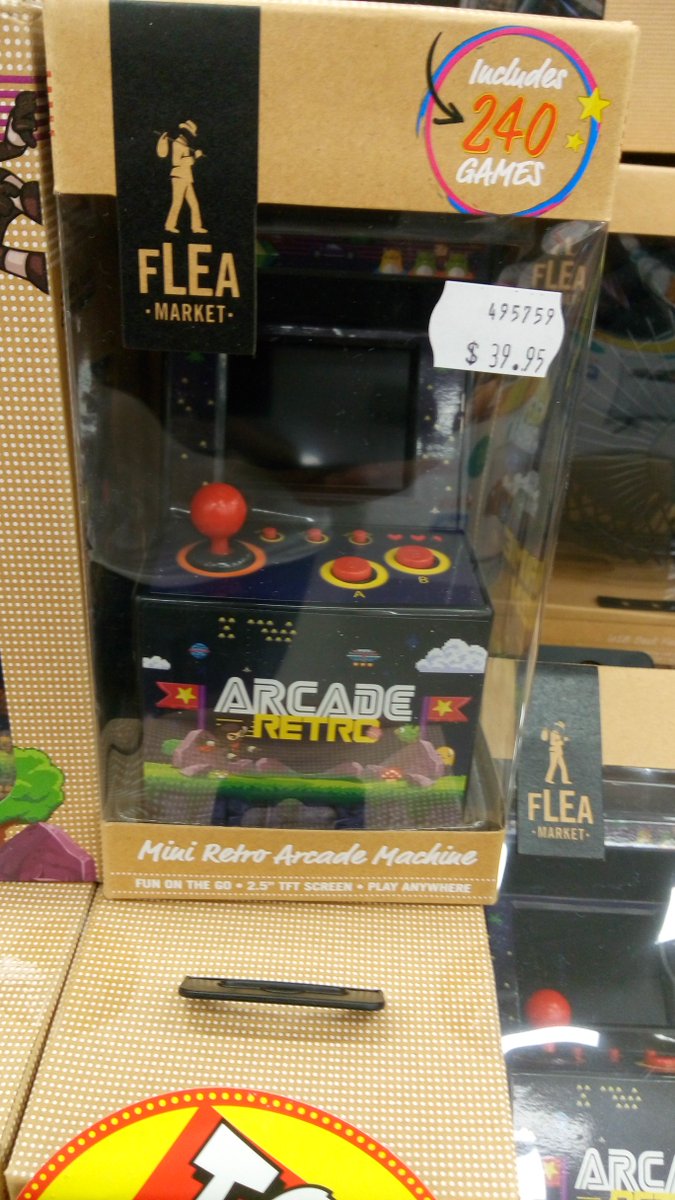 Nintendo, to me makes sense that it would kickstart the quality TV plug and play consoles. They produce quality products and they have access to a huge library. But more importantly, they are never about the latest and greatest advancements in technology. Instead opting to target children with interesting & novel inventions, ie motion control and glasses free stereoscope.
Sony, on the other hand, is no stranger to change and adopting with the trends. Remember, they were there a year later to cash in on the Ouya and microconsole hype with the launch of the Playstation TV. Unfortunately Sony wasn't very open with their hardware like Ouya was and it was quickly discontinued.
Sony is banking on making the Playstation classic relatively easy and cheaply. There's no to very little R&D cost in getting an existing ARM processor and emulator, whacking a few selected ROM's together and packaging it inside a nostalgic case with cheap controllers (no dual analog sticks). However, their choice of 20 games has made a few unhappy. I think Sony is being strategic, offering a few late games, ie Ridge Racer Type 4 and Tekken 3 with a mixture of early games, ie GTA 1 and Destruction Derby 1. Suggesting to me Sony might make a few revisions and maybe support dual analog sticks. But will it sell well? I think it will, if only going by Nintendo's own numbers.
Nintendo's Fiscal Year Ending March 2019 briefing, reported "A Combined 10 Million Units Shipped Worldwide" and expected to sell more over the holidays.

There's definitely a retro mania going on, and not a VR one! 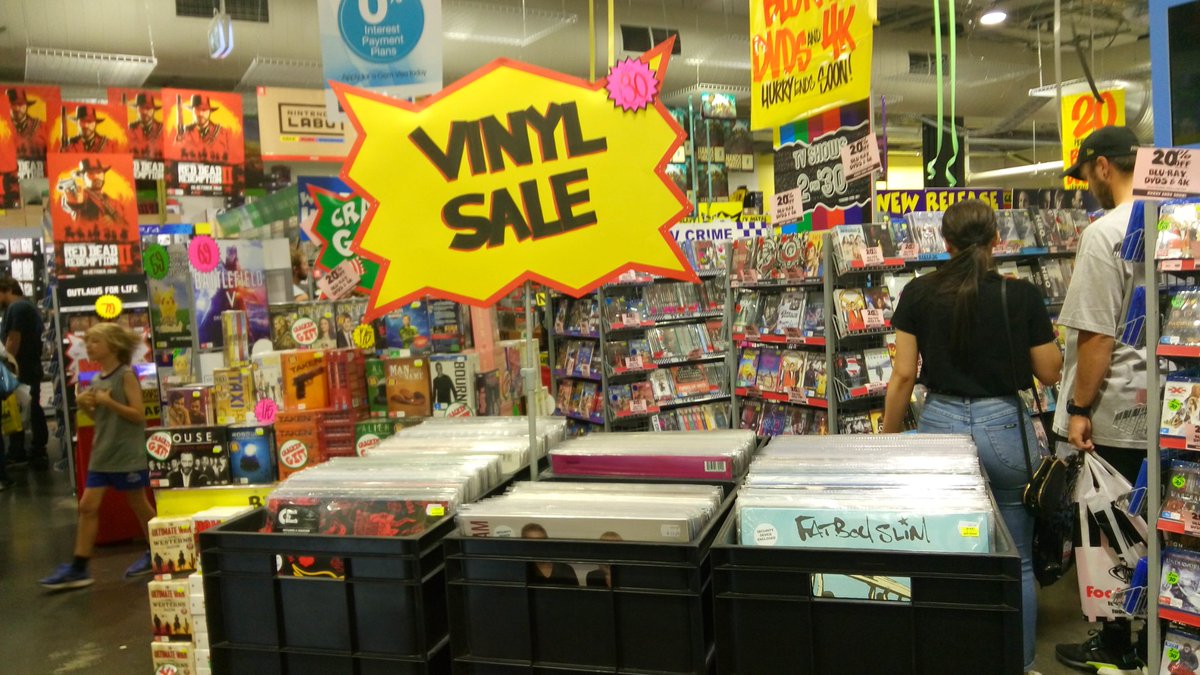 With the commercial adoption of vinyl music, I've heard in a few places that music tapes are the latest buzz in retro music and VHS packaging formats for blue-ray movies. But what does retro have to do with VR, what does the future hold for VR?

Looking back 30, 20 and even just 10 years ago, the world wasn't this obsessed with retro at all. Retro games, reunion tours and remastered albums all existed, but weren't mainstream and definitely not popular with the youth of the time. In fact, in 2008 smart phones and apps were the latest craze!
I really don't know what's happened, but it's just not video games and music but also fashion/luxury items, ie 1980's Casio Calculator watches are back in stores. What's next? Will tapes and walkman's make a come back also?
In an age of huge technological advancements, society is so captivated by it's past.
For me retro is nostalgic, I lived it and it was mostly good for the time, but it doesn't compare with where we are now, decades into the future. And as a programmer, I chose to relive the Net Yaroze to get back into gamedev, as it's a great technical learning tool for that, even today. I think it's important to experience older games, music, movies etc, but I don't hear a buzz about black and white cinema, nor do I think there is a whole industry dedicated to making black and white movies.

So, I'm still trying to understand why retro in general is so big? I've yet to read this book, RETROMANIA by Simon Reynolds 2011. But going by the sub heading and back text, I share the same sentiments.

Simon Reynolds in 2016 talks about his book and gives an update since 2011.

What does the future hold for VR?
VR has big money feeding it like, Facebook, HTC and Sony etc, but there's no guarantees of success. If it doesn't get more adoption and coverage, it will remain a niche product. And niche products, without a real buzz and excitement are rarely the future.

What does retro have to do with VR?
I think while the whole world, in general is so obsessed with retro, VR will take a backseat.

And, what's happened since the VR Buzz of the early 2010's?
Well, unfortunately mostly bust so far, a lot of canceled projects and unhappy investors. VR was seen as the latest and greatest technology since the mainstream adoption of 3D accelerator cards in the mid to late 1990's.
Part of the problem was that 'hardcore' gamers are very used to (and expect) AAA graphics, and to replicate high end graphics in VR requires some very serious hardware!
Unfortunately, the people that don't mind older graphics, are currently consumed with retro 2D games. It's cheaper and requires less effort on their part, but this is changing now as VR iterates.

Maybe when the retro fad fades, VR will get it's chance in mainstream.

I asked about the popularity of retro to Michael Pachter and it was published today, the 20th of November 2018:
Time stamp: 7:40, Episode: Pachter Factor Episode 123: Trump's Tariffs
Interesting the last question is about the Playstation classic, at time stamp: 15:00.