My Raspberry Pi - A Web, storage and security server

My old server died in late October when I setup a cron script to remove old security camera captures.
Since then I've been trying to make the most out of it with less, replacing my old desktop server (pictured below) and with a Raspberry Pi Zero, I have.
Originally, I just had it hanging of the router's USB port! 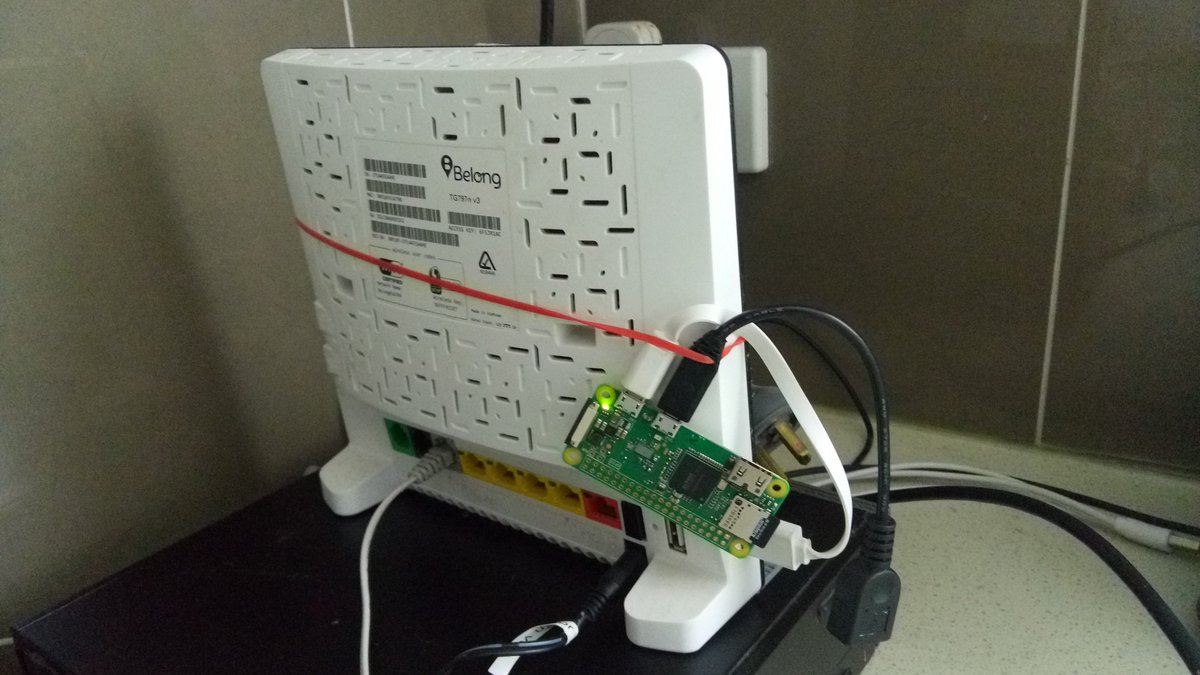 The only issue with this, is the very limited storage via MicroSD or USB thumb drive. So I decided the best solution would be a USB harddrive! 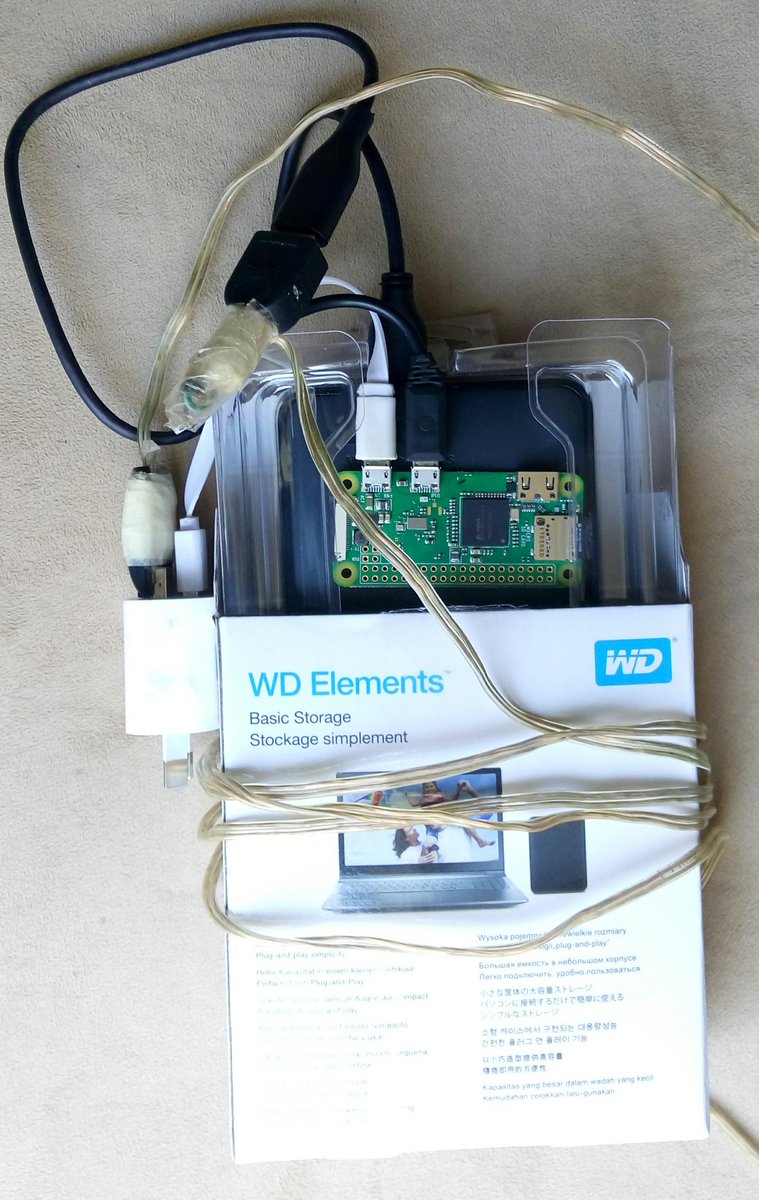 My Raspberry Pi - A Web, storage and security server

About the USB2 OTG Y Cable
OTG (On The Go), is a cable (black cable above) which has a microUSB male plug to a full size USB2 female, it's commonly used to attached USB2 devices (ie thumb drives) to mobile phones or tablets.
The Raspberry Pi doesn't draw enough power from the USB2 port to power itself and the harddrive.
So the harddrive has to be powered from another source, which is the Y cable.
The Y cable (clear speaker wire above) is where you splice another USB2 male plug which then powers the USB device plugged into the OTG USB2 female, the harddrive.
They are easy to make or very cheap to buy.

Next, to put the Pi in the box, I had to cut a bit of the top clear plastic, so the cables can be fed into the box.
The exterior of the drive, which the Pi rests on, is plastic, so there's nothing there that can short any connections.
The Pi and the harddrive generate a little bit of heat, but it's not anything to melt or start a fire, it's just warm to touch.

I also got a USB2 power adapter with 2 ports, one for the Pi the other for the Y cable to power the harddrive. 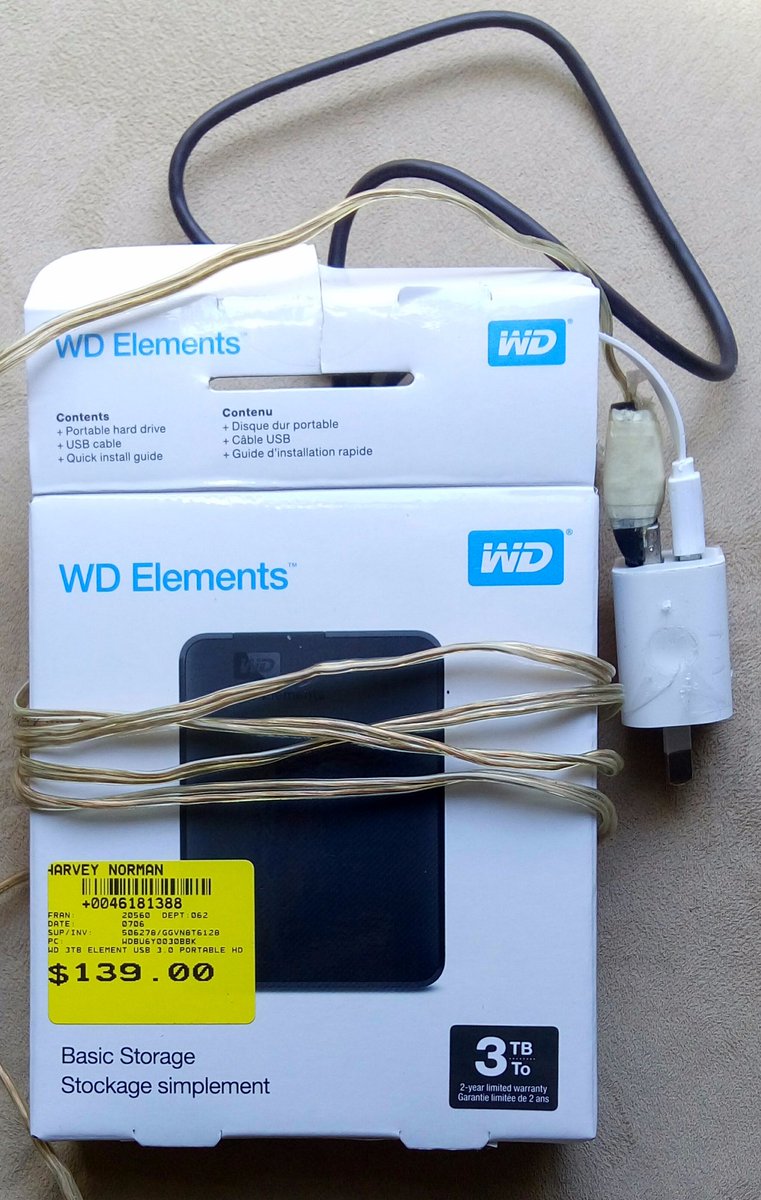 Yes there's a Raspberry Pi zero in there!

I have 3 cheap IP cameras which are constantly recording, nothing serious, no alerts, no motion detection, etc. These server mostly as a visual deterrent.
Also, I've noticed most people have their security system in obvious places.
Which is really strange to me, because if an intruder enters the house and sees the security system, they would most likely take it also.
I have my Pi box under a couch which is against a wall!

Here is a snap shot of the load, apache2 isn't normally that busy and ranges from 0.2% to 30%. It idles below 1% and this blog post loading takes about 25% to load. 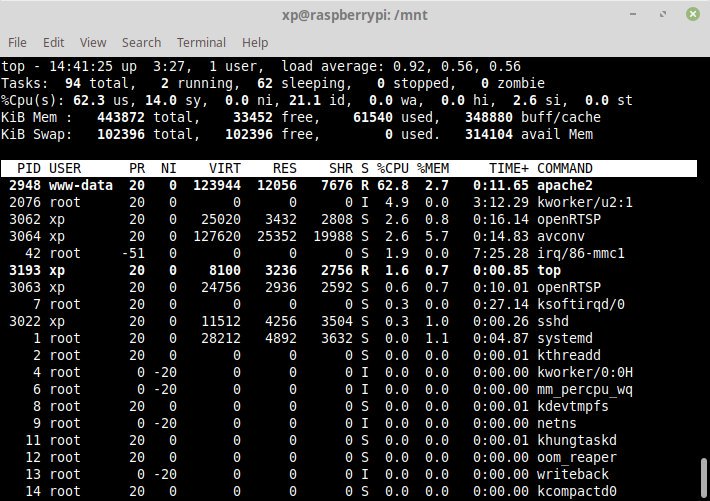 
It's a fare bit slower compared to my old desktop, which is to be expected but it's a worthy compromise!

I'm not a linux expert, but here are the two main scripts I use:

Warning: These scripts are pretty hacky, so here for educational purposes only - Use at your own risk.

Camera recording
This script captures a stream in the background and every hour it terminates capture and then repeats, but it doesn't auto delete archives!
The script is executed via initab at boot up.

Website backup
Having good backups is important and with a huge harddrive, there's no excuse!
This script archives my website into a tar file and archives it where it's accessible via samba (/mnt/usb).
The script is executed via crontab every 5 hours.


Thanks for reading.
PS: If you have a comment or feed back, please leave it below, I may miss it on my social media feed.
mgarcia

« A gamedev's answer to Why do New 3DS 2DS exclusive games exist? Your indie games are ruining PC gaming »

2 comments on "My Raspberry Pi - A Web, storage and security server"